CLOSE ✕
Get in Touch
Thank you for your interest! Please fill out the form below if you would like to work together.

Thank you! Your submission has been received!

Oops! Something went wrong while submitting the form

🎥 Get 30% off my storytelling crashcourse 🎥

A Stranger At Home

Why is it that we feel the need to prove ourselves to our own people?

Writing is a form of therapy for me. Expressing myself without bounds is a way for me to feel free, when I don't really believe I am. I mean, are we really free? People like you and I, seeking to be themselves in a world that does not welcome them. That can't be freedom.

It's no secret that I have a religious background and that I create content to inspire and reassure people like myself who strive to uphold their beliefs. Obviously, people would then view me as an Islamic figure, and that comes with positives and a fair share of negatives. If you've been called one of the following, then you know what I'm talking about: Terrorist, cave man, ignorant, backwards, hateful, barbaric, brainwashed, judgmental, ikhwany, jihadist, sexist... The list goes on.

If all that just comes from real strangers; foreigners from Western countries, I'd understand, but what really devastates me is that it comes from our own! Your neighbors avoiding you because they think that all you care about is praying. The folks in the mall surprised that a dude with a beard and his veiled wife also shop. The guy in the car next to you wishing you would run the red light so he has proof that good Muslims suck. The old man in the mosque frowning and thinking he's better than you because your beard intimidates him. The girl at university that thinks you shouldn't be there because you're just another one of those uneducated idiots who were forced to wear hijab. The real estate guy that speaks fake English thinking you wouldn't understand just to make you feel unwelcome. The policeman that stops you just to ruin your day and remind you that this isn't your country. The hypocrite in the comments section fighting for LGBT rights while hindering your right to self-expression...

Get the picture? Let me paint it more vividly for you.

The story goes like this. A young woman grows up in North America, meaning that the word closed-minded probably doesn't apply to her. She has a master's degree in media sciences, so it's safe to say that she's well educated. She then starts a company which becomes successful, and goes on to consult startups and brands, so it isn't a stretch to consider her an effective entrepreneur. She makes films on YouTube and is looked up to by hundreds of young women, that's pretty inspiring, don't you think?

One day she finds an online form to a major event about women's rights. The event is held at one of the most prestigious universities in Egypt. Considering how qualified she is, she immediately applies as a speaker. They're only looking for 4 candidates, but she's spoken at several events before, so she's confident. And surely enough, a few days later, she gets an e-mail titled, "We've chosen you!"

She's ecstatic because this one's a big deal. Hundreds of young ladies from different backgrounds are attending and it's a great chance for her to be recognized for her qualifications and status. She puts on her best clothes and while she heads out the door, she pauses to listen to the voice in her head reminding her of all the times she wasn't accepted and made to feel less because of her choices. But she pushed through and told herself that this time it's different; these people are intelligent, understanding knowledge seekers who accept all shapes and colors and even gay people. "I'll be fine!"

She drives up to the place, walks towards the gates with butterflies in her stomach, eager to meet the girls that follow her work and are inspired by it.

"Good morning," she says to the guard with a smile that he didn't see.

"Do you have a college ID?" he asked.

The guard takes the ID reluctantly and starts making a call on his phone while staring at her with dismay. Time goes by in slow motion as feelings of doubt mixed with confidence fade together to make her stomach sink. Adding to the anticipation is the mumbling guard who seems to be talking to someone important...

She swallows a rock and in a shaky, hopeless voice asks, "Why?" A question she knows the answer to only so well.

The guard replies assertively, "They didn't know you were a Niqabi."

If now you're thinking, is this a true story? You've missed the point.

Recently, I've made a change to my physical appearance that unintentionally changed how people treat me. This also emphasized the discrimination that I'd usually face up to this point. The change I made was my hair; I grew it shoulder-length and I would sometimes tie it at the back and other times, as some people would call it, make a man-bun (I hate that word.) This automatically rendered me as a "cool guy" and not a "sheikh." I'm now treated better in public, as one of the rest, not a stranger. People aren't threatened by me, as far as I can tell. I blend in in a way that I'd never done before.

Great. So what's the problem? Didn't I get what I wanted?

The problem is, I'm being treated better since I started to look like them. I'm more acceptable to the people who used to condescend, because now I don't look like the religious figure they're used to. And although I'm still the same person on the inside, it saddens me that not all of my versions are accepted. And you know what saddens me even more? The very people who look like I used to; those whom I considered my people, are now starting to consider me as one of the others. 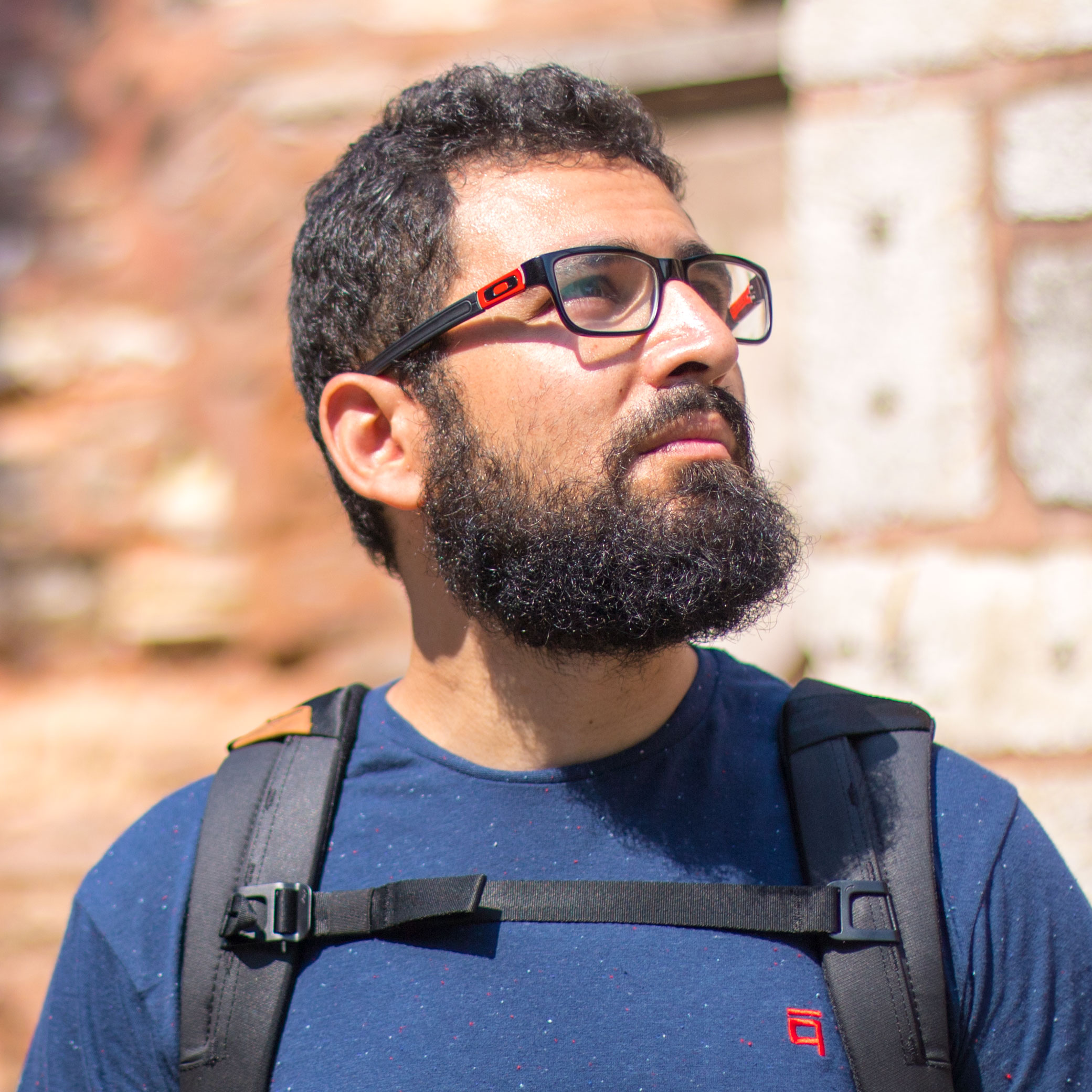